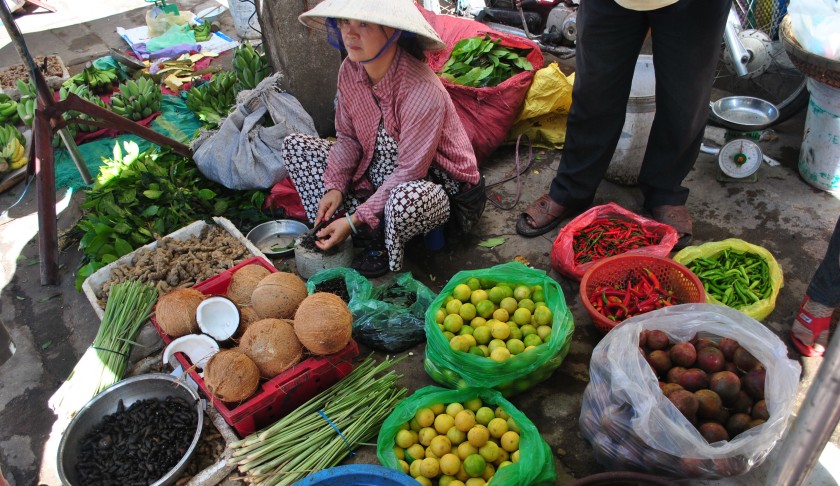 For months – years even – I’ve been searching for a pho bo as good as the one I ate in bustling Ho Chi Minh City on our very first day in Vietnam back in August 2012.

We were staying in a tiny hostel off the beaten track and when we asked the owner where she recommended we find the city’s best beef noodle soup, she advised us to walk just a couple of blocks down the road to a little unassuming café. As we approached, I could see bits of old herbs all over the floor and the odd fly bouncing around in what appeared to be a slightly drunken state – not the best advert for a place in which to have lunch.

However, when the two large bowls of steaming soup arrived at the table alongside two plates bursting with fresh green thai basil, mint, coriander, chilli, beansprouts and cumquat, my reservations quickly evaporated. I took a sip of the broth and almost gasped at how delicious the slightly sweet, savoury liquid was on my tongue. The beef, sliced razor thin and slightly pink in the middle, melted on my tongue. 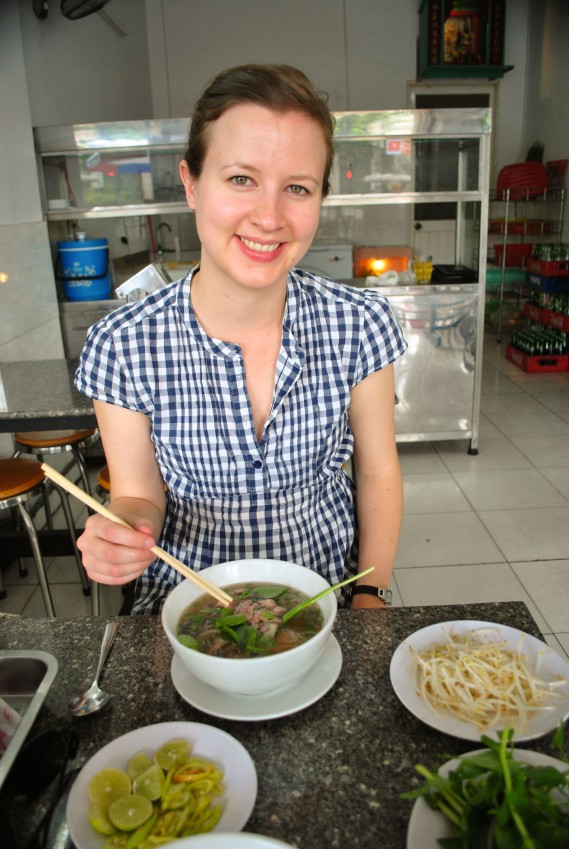 The best pho bo ever in Vietnam

Needless to say, we returned to this little cafe twice during our short stay in Ho Chi Minh. But despite staying in Vietnam for a further three weeks, travelling to Hoi An, Hue, Sapa, Ha Long Bay and Hanoi, never again did we come across a Pho Bo quite on this level.

I even tried my hand at making pho bo during a cookery class in Hoi An! Here’s a look as some of the highlights from my favourite place on earth… 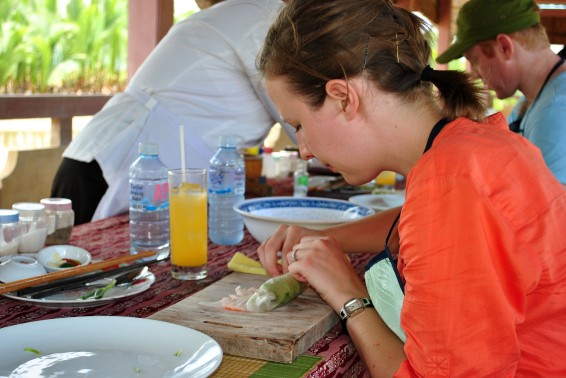 Me making prawn summer rolls in Hoi An, Vietnam 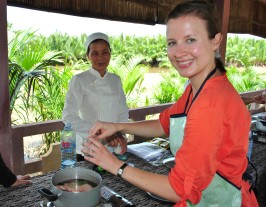 Making pho bo at a cookery class in Hoi An, Vietnam 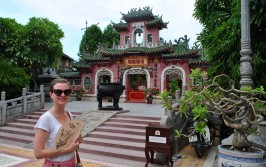 Me at a temple in Hoi An 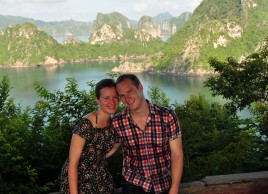 Jake and I at Ha Long Bay, Vietnam 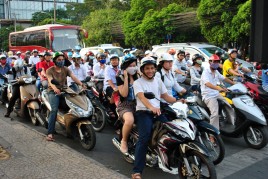 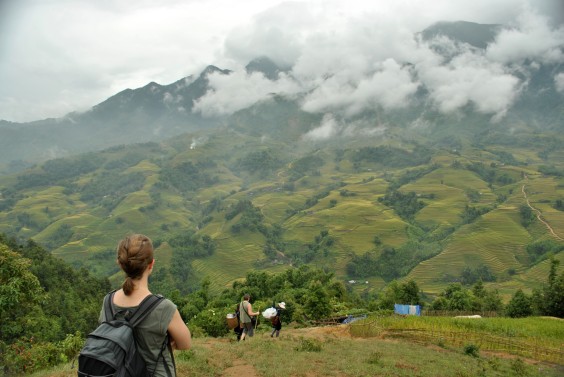 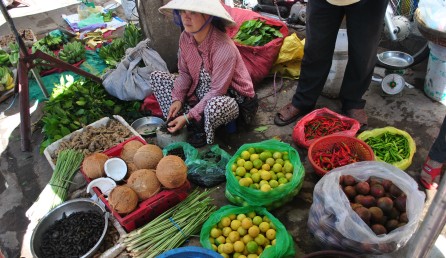 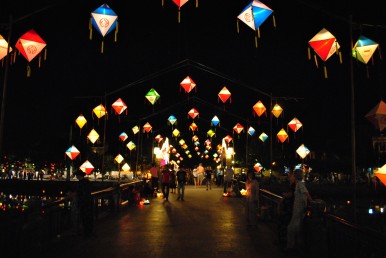 Sure, I’ve sampled very good versions in some rather unexpected cities, including Copenhagen and Frankfurt. The pho bo found in the countless eateries along Kingsland Road in London (otherwise known as ‘Pho Mile’) were always good, but generally seemed to be let down by slightly sorry-looking beansprouts and herbs.

Recently, however, I had a ‘pho epiphany’  (if ever such a thing existed).

This happened at a restaurant my brother Simon booked us into, ‘Saigon Saigon’. Since my last ‘pho epiphany’ was at a grotty little café in Ho Chi Minh, I was strangely disappointed that this restaurant was in fact very clean, with plentiful mahogany, grand looking statues and extremely friendly waiters. Surely a good pho bo couldn’t be created in such a clinical environment? 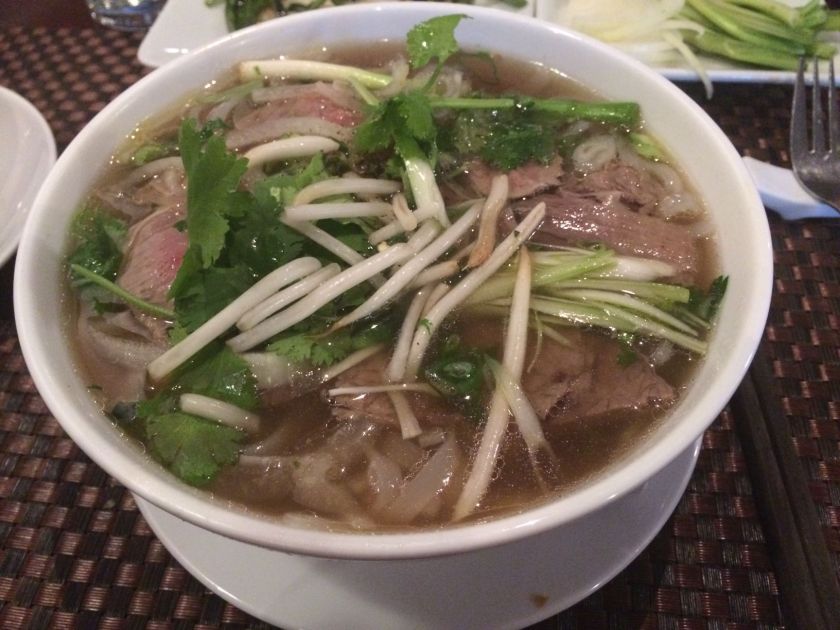 Whilst the herbs, beanspout and chilli offering was minimal compared to what you’d be presented with in the ‘Motherland’, this was more than rectified by the broth and the beef itself. Just like the pho bo in Vietnam, the liquid was a sweet and savoury harmony in my mouth. The beef was a combination of thinly sliced rare steak and slightly tougher, more flavoursome brisket, offering a satisfying range of meaty textures. The steak was rare and melt in the mouth, whilst the brisket had the strong flavour of roast beef.

I already can’t wait until my next visit. Simon, can we pencil a date in?

Have you had a ‘pho epiphany’ somewhere outside Vietnam? If so, where? I’d love to hear your tips…

What are your thoughts? Cancel reply